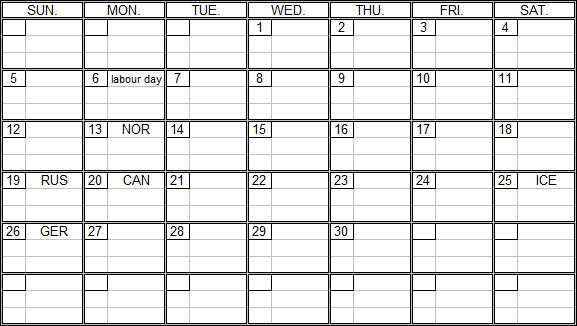 First, I've included Labour Day, here in Canada, as, it traditionally has been seen as having an impact on polling and elections.

Second, I've indicated countries using 3 letter short-forms. CAN being Canada, ICE being Iceland, and so forth. Note that German elections also have elections for two of the German states alongside the federal election.

Lastly, this calendar is presented the same as the one on my wall, I'm aware that ISO 8601 suggests Monday as the start of the week, but all the easily-accessible calendars I can find in my part of the world start on Sunday and always have. As such, it is the system I am used to, and am sticking with it.