After reading the tea leaves and seeing what the general feeling is, I've been able to determine the 6 people most likely to run, and among them, only 3 are very likely.

Of those, I could only see Ford realistically running, and he's likely to be blocked on the grounds he's not a candidate.

Fedeli has Caucus behind him, Mulroney has the party brass. Mulroney, however, is still undecided on running. Phillips may have a shot if the brass decides to back him should Mulroney decline.
Posted by TheNewTeddy at 11:13 PM 1 comment:

PCs to hold leadership race prior to election

Fedeli has been named interim leader, but the Mulroney faction has successfully called for a leadership race prior to the election.

We'll see how this plays out.
Posted by TheNewTeddy at 5:17 PM No comments:

From what I can tell there are two factions growing in the Ontario PC Party. Fedeli vs Mulroney.

Caucus - The caucus mostly seems to want Vic Fedeli to lead the party through the election. Historically, when an Interim is selected and asked to helm a party through an election, this person becomes the "full time leader" and as such this would be a coup de grace for Fedeli.

Executive - The party brass itself however seems to be lining up behind Caroline Mulroney and is pushing for a convention. There's certainly time for one (The 1988 Manitoba NDP had the government collapse, a full convention, and a general election within a 60 day period, the Ontario PC party has 132 from today)

So far it remains Fedeli vs Mulroney, but we'll have to see if both sides can not agree on a compromise candidate.
Posted by TheNewTeddy at 10:15 AM No comments:

Greens headed for a majority on PEI - poll

Assuming this poll is accurate and correct, and, that this feeling manages to last until the next election in 2019, the results may look like this: 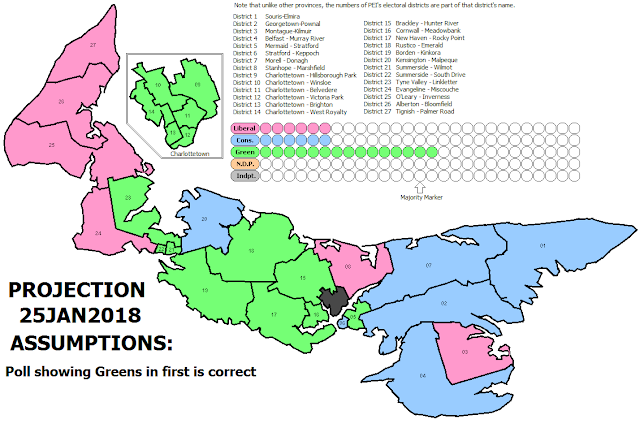 This is the first time that a purely mathematical based projection has shown a majority Green government anywhere in Canada, and possibly, anywhere in the OECD.
Posted by TheNewTeddy at 4:16 PM 1 comment:

Interim leader through an election

Has this ever happened before?

Officially, on paper, yes. 1979. Newfoundland. The Liberal executive chose Donald Jamieson as the Interim leader, and he lead the party through the 1979 elections. Jamieson didn't do that poorly, gaining 3 seats and 3%.

In 1988 the Manitoba NDP was in dire straits when on March 9th, the budget failed a vote in the legislature, and the government fell. The Premier resigned as party leader. March 30th saw a leadership election which Gary Doer won, and April 26th saw the general election. A ridiculously short timeframe.

The closest comparison we have, however, is 2015, and Wildrose. Danielle Smith quit the party on December 17th, and the election would occur May 5th. 139 days. Brown's resignation comes early this morning, the 25th of January, and the election is on the 7th of June, 133 days. Though clearly rushed, Wildrose was able to hold a leadership vote within 101 days (This would work out to May 6th 2018, a saturday) That election would select Brian Jean as leader.

There are, however, many more stories from parties in provinces that ended up acclaiming someone who originally was selected to be just the Interim leader, the 2011 Federal election and Liberal Micheal Ignatieff for example.

Given history, chances are that unless the PC Party announces tomorrow that they will hold leadership convention before June, whomever the interim leader is, is very likely to be the permanent leader.
Posted by TheNewTeddy at 1:09 PM No comments:

Update on the situation, I've expanded my possible candidate list to include many more names.

So far word is two major camps are forming, one around Fedeli, and one around Mulroney.

Mulroney could become leader if the party brass unite around her (and she would likely win a majority) but Fedeli seems to have Caucus support.

Will continue watching to see what happens.
Posted by TheNewTeddy at 11:59 AM No comments: 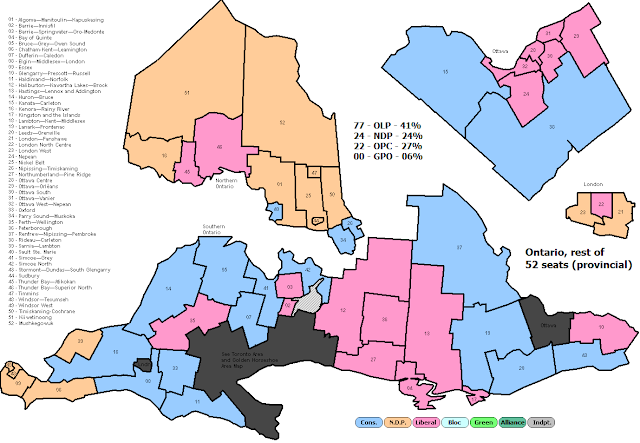 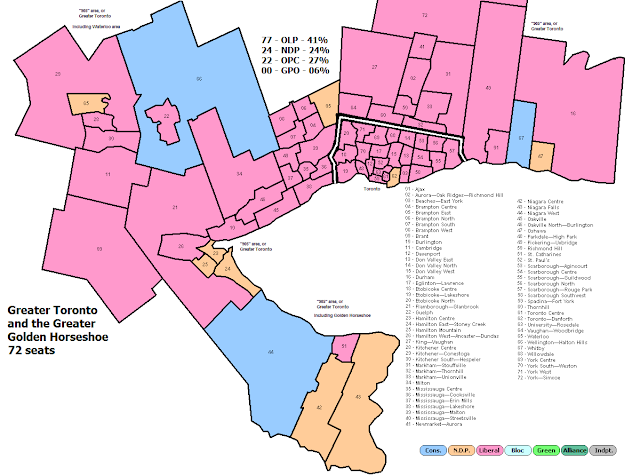 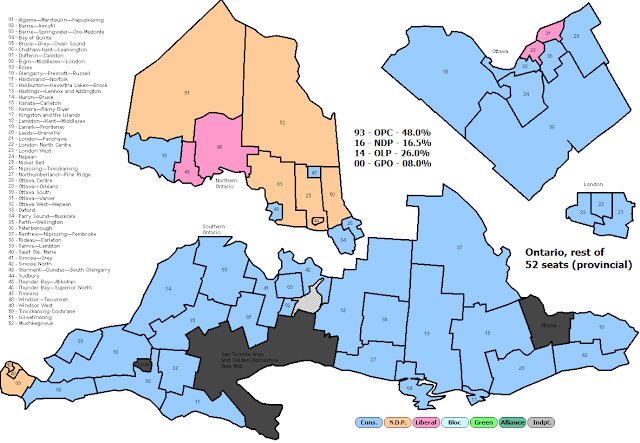 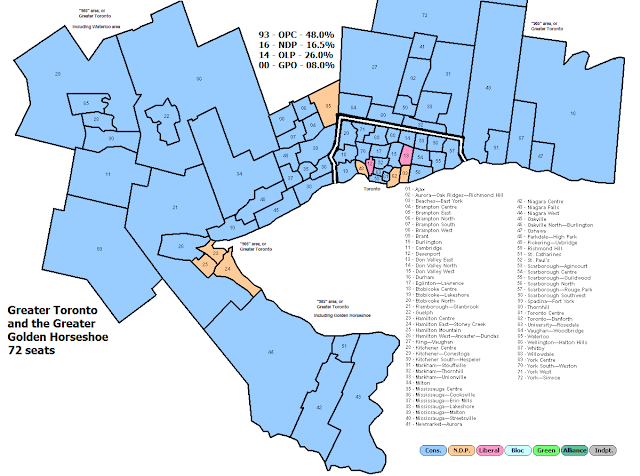 
Michael Chong.
Posted by TheNewTeddy at 8:02 AM 2 comments:

Patrick Brown probably on the way out (quick update)

As I'm sure all of you are likely already aware, Patrick Brown has been hit with allegations of sexual impropriety. It is my assessment that he is unlikely to survive this politically.

To that end I've compiled a quick list of people, one of whom, I believe will end up leading the Ontario PC Party into the June election:

Will update when I know more.

I've managed to become elected Speaker of CMHoC, and setting up my new team will take some time. Additionally, in February, I need dental work done that will take me out of commission either way. I will still try to get regular posts out during this time however.

The next major election is in March, when, on the 4th, Italy goes to the polls. On the 17th, South Australia votes, and on the 18th, Russia votes for President.

I'm also keeping an eye, as always, on various other countries. In Japan the Democrats are starting to move, as I expected, but many are moving more towards KnT, which could allow it to take on the official opposition if successful. In Israel, polling shows a broad centre-left alliance of Yesh Atid, Zionist Union, Meretz, and Kulunu would take between 55-58 seats, just shy of a majority, so I am keeping an eye on if these parties could increase their vote share in the run up to the next election.

The Italian election is potentially going to be very interesting with a possible minority government and a simply chaotic situation.

The CMHoC election is over. Results below if you are curious. 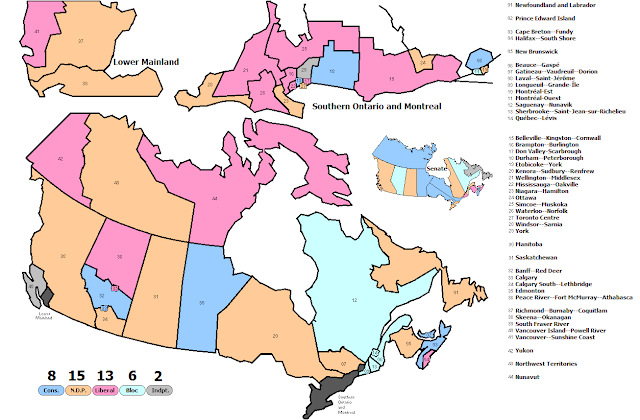 However, the speaker has resigned.

The CMHoC moderation/administration team runs, in a way, like a mini canadian government.

The Governor General, with all his reserve power, and all his not otherwise sticking his nose into the governments business, is the headmod.

While the speaker, who is technically able to be vetoed by the GG, is like the "Prime Minister" of the administration team.

I am running for speaker.

As such until that election ends, I will have a strong time commitment to cmhoc.
Posted by TheNewTeddy at 9:37 AM No comments:

I am taking a week off in order to run the elections in CMHoC, the political sim I participate in. This will mean very few to no posts during that period. However; I am working on a number of posts that will be posted before the spring.

Additionally, a weird notification. There is a problem with some intel processors that allows for a security exploit. Normally I wouldn't even mention such a thing, but if I understand what I am reading, and I understand my audience, about 65% of you will be reading this on an impacted device, and a grand total of 95% of you will own at least one device that will be impacted. I won't try to explain the tech details here, simply give you a heads up to watch the news in the coming 2 weeks for more details. Until then: do not panic. You are not the prime target. This video is good for understanding the context of that statement. There are bigger fish to fry, in particular, all those cloud servers you use.
Posted by TheNewTeddy at 6:22 PM No comments: