I present to you, for this election, my final projection 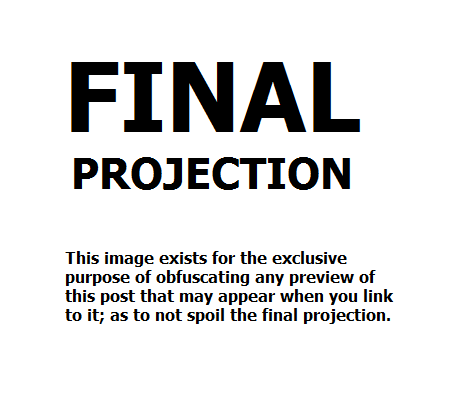 This has honestly probably been the single most agonized over decision with regard to a final projection that I've had to make. All the data tells me that people want a majority PC government, lead by Andrea Horwath.

There's actually a lot less I have to say on this than I otherwise thought. People don't want Doug Ford, but they do want the PC Party. The problem is that this sort of thing has occurred before, and, generally, what happens is people vote for the party and not for the leader. This is not always the case, and the leader can drive the vote, but I'm not seeing that being enough here.

The other problem is that there is a lot of evidence that many people don't trust the PC Party, and, they do generally trust the NDP with another chance to govern.

That being said, I am unconvinced that the PC lead is as strong as many people think. Ford is weak. Additionally, most of the polls showing the PC party far ahead have very uneven weightings for age. In short; I am unconvinced the people these polls are reaching are actually representative of the voting population.

Despite that, I can not ignore the overwhelming evidence that the PC party is doing well, and is likely to win tomorrow evening.

However, again, the evidence that the NDP will outperform expectations. When they ask people how they are going to vote, the same number of people say they are voting PC as say Ford is the best premier. Less people are undecided on the best premier than on the vote. To explain, look at these fictionalized numbers I've provided as an example.

What this tells me is the NDP will likely take a larger than expected share of the undecided voters.

Regardless, the PC lead is significant, and as such, my final projection, is as follows: 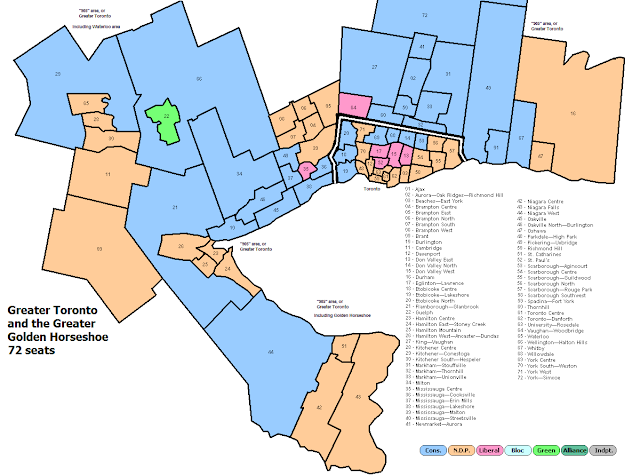 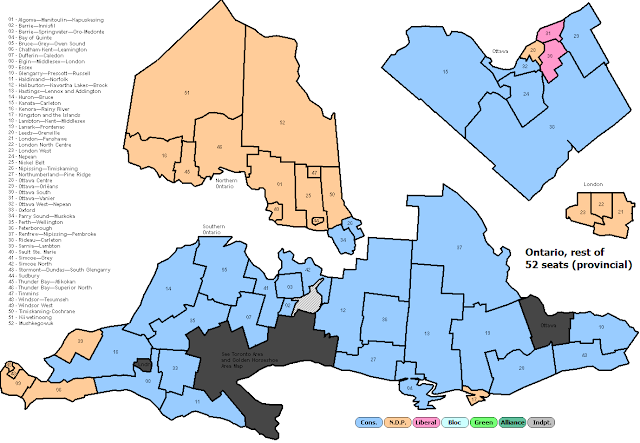 Ford, and Wynne, both will be (re)-elected in their seats.

Mississauga will be where the election is decided. Had Ford won all of Mississauga he would have 62 seats, enough for a barebones majority, especially if he can convince an opposition MPP to become speaker. Had the NDP won the 3 seats they will be close in, they would have finished head of Ford. Mississauga really ends up becoming the city that decided the winner, and that winner, is Doug Ford.

Regardless, with only 60 seats, there remains a chance that a NDP-OLP coalition will take office instead. The two parties would need to agree to a solid "deal" before this happens, no informal deal will do, not with a 5 seat lead in the legislature. This means either a Peterson-Rae style "accord" or an outright coalition. Given the way the election has played out, this could well be easily possible.

Do not ignore the Greens either. They may offer Ford a way out, carbon taxes bring in a lot of revenue, revenue he will need to pay for his tax cuts. He could make the excuse that he requires Green support, and thus, needs to delete the carbon tax "later" and not now. Consider that if I'm off by even a single seat, anywhere, all of the math could be very different. A 61 seat PC party and a 1 seat Green party could form a majority, with an opposition speaker.

In the end there are two winners. Andrea Horwath, and the PC Party. It only remains to be seen whose win is bigger.
Posted by TheNewTeddy at 11:57 PM