Results are in from the fictional CMHoC snap election, which I mentioned previously.

CMHoC, which I've posted about before, is a political simulation (a game) called the Canadian Model House of Commons. This election featured the 3 major parties from the real world, plus parties such as the Socialists, Radicals, and Pirates on the left, many of the right-wing alternative parties having died off during the last term.

A good summary of the results is this: 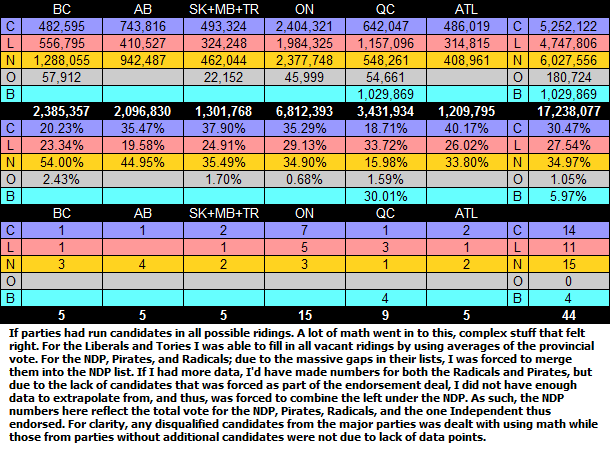 The results map is as follows: 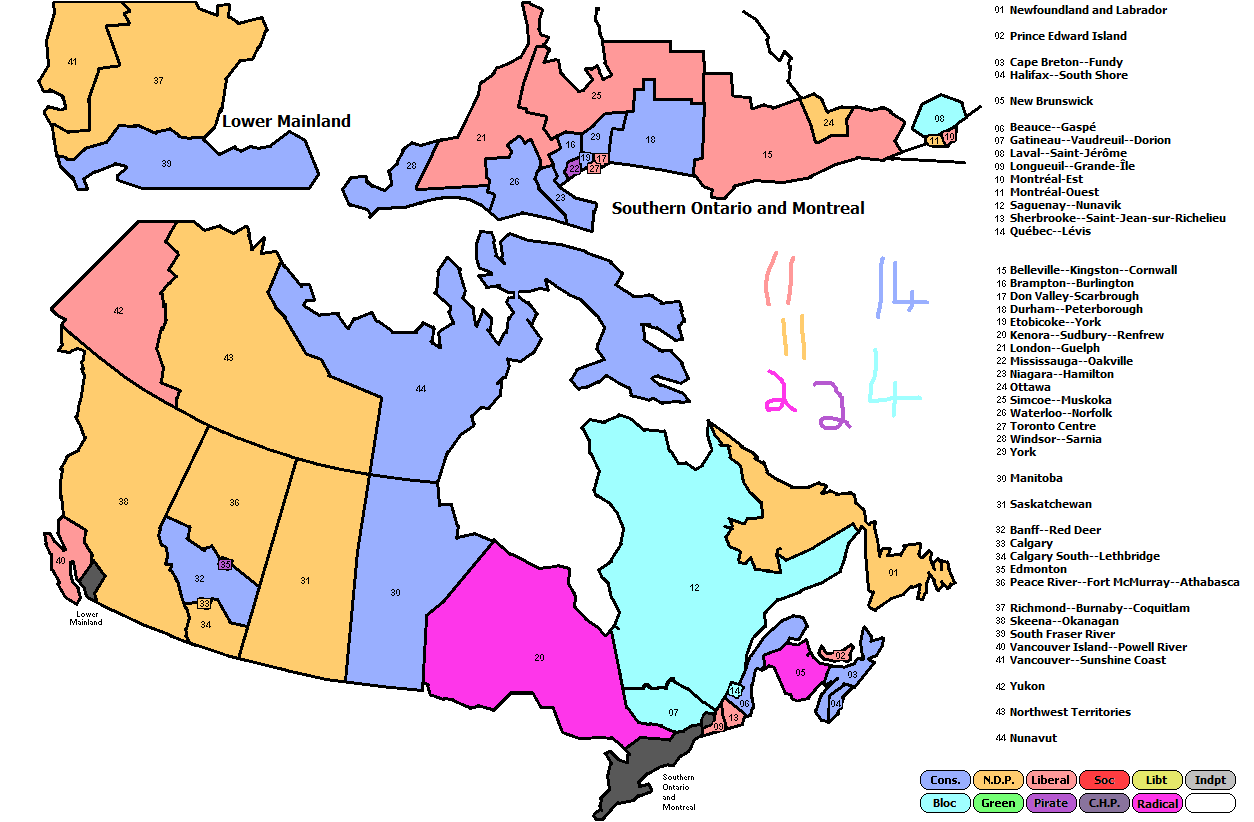 As you can see, I combined the left parties into the NDP for the table. This is because the NDP, Radicals, and Pirates all ran on a co-endorsement deal, meaning none of the 3 parties ran against one another, and each party endorsed the candidates of the others.

A video recap can be found here:

Unfortunately the original livestream has been lost.

There are three possible coalitions that would command a majority. CPC-NDP. CPC-LIB. and NDP-LIB-PIR. The Radicals have already ruled out a coalition involving the Liberals.

As the strategist behind the Liberal campaign, I spent quite a lot of time on the election, and now that it is over will hopefully have more time to blog and do other things I enjoy.
Posted by TheNewTeddy at 1:07 PM