First, I did a quick rough projection of Manitoba using current polls that show the NDP and Tories might swap popvote totals when compared to the previous election. That resulted in the map here; which was quickly drawn on top of the base map from election-atlas. 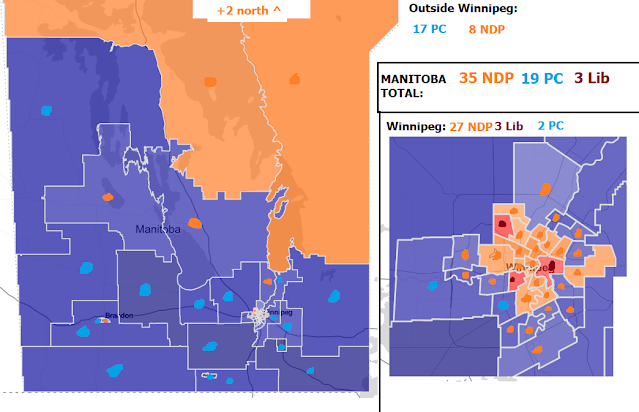 The election is still shaping up similar to the previous one. Neither the pro-reform, nor the anti-reform camps will likely be able to form a majority coalition. The "difference" this time is that the leading reformist party, ITN is seen as open to a coalition either with the socialists, or the pro-turkish minority liberal party.

As often happens for the summer, elections simply die down. Nothing else big/important is coming up until September, when we have Norway, Russia, Iceland, and Germany!

Posted by TheNewTeddy at 9:05 PM